A land of two seas where ancient civilisations prospered

As hotel art consultants, we curate and commission art that is tailored to the project, and speaks to its unique context. Artelier presents a case study of how we develop rich, thematic responses for a hotel art project. For a hotel that is currently under development in Bahrain, the Middle East, we researched and curated an art collection that interprets aspects of local history and Bahrain's unique natural riches. Discover our hotel art homepage for more projects.

Art consultancy for a 5* hotel project requires a specialised set of considerations: the artworks must reflect the ethos of the hotel brand, speak to the unique cultural context of the hotel, as well as creating an air of luxury which exceeds the expectations of high-end travellers.

As international art consultants, Artelier recently delivered research expertise and consultancy services to a 5* hotel brand for their major development project in Bahrain. They wanted us to curate a portfolio of art for the hotel that referenced local history, as well as speak to the key concept behind their brand – the sense of a meeting point between cultures and communities.

Artelier responded to this local history by identifying six related themes, which together form a coherent basis for our proposed art collection.

We drew upon the legacy of the ancient Dilmun civilisation, whose capital was in Bahrain, as a key theme for the art collection. Records of Dilmun exist as far as 4,000 BCE, pre-dating even Ancient Egypt; Dilmun's advantageous location on an archipelago of islands in the Persian Gulf led it to become a prosperous and important trading hub. The island of Bahrain has therefore had longstanding prominence as a commercial and cultural meeting point – a rich history that Artelier wanted to incorporate.

Dilmun's location on an archipelago was not only beneficial as a strategic trading point, but also for the unique natural assets. The land was unusually fertile due to the abundance of natural springs, and indeed the island was referred to as a 'Garden of Eden' in ancient texts due to the contrast of its landscape to other Gulf kingdoms. The Bahraini sea is also rich with natural pearls, and the area's illustrious pearling has been remarked upon throughout its 4,000 year history.

At its height, Dilmun was the core trade point between ancient Mesopotamia and the Indus Valley Civilisation. Dilmun therefore become a remarkably multicultural centre, and a place of exchange for an astonishing array of goods, much like modern day Bahrain.

To reference Bahrain's history at the heart of ancient trade routes, our first art theme alluded to concepts of navigation. We sourced works that took inspiration from maps, sails, and abstract representations of shorelines. Some artworks also used gold elements, referring to the precious metals historically traded in the area.

Due to the rich history of Bahrain, archaeologists have unearthed a wealth of cultural artefacts in the area, discovering fragments that reveal mysteries about the enigmatic Dilmun civilisation.

Archaeologists have excavated complex cities in northern Bahrain, including the Bahrain Fort, Barbar Temple, and the Saar settlement and burial mounds – the sites are unique examples of surviving architecture from the ancient world, earning them a UNESCO World Heritage status.

For our art consultancy for this hotel project, we drew upon the significance of these discoveries through more abstract references, sourcing artworks that communicated the sense of unearthing layers of soil and excavated fragments in an attempt to piece together a deeper understanding of the past.

Few countries can boast such a rich legacy of ancient civilisations as Bahrain, where for millennia the ritual of craft has been embedded in daily life. Skilfully working with their hands and tools, the Dilmun explored natural materials such as clay, rock, wood and textiles to create works of both function and beauty.

Our third curated theme responds to ancient civilisations, taking inspiration from their techniques, mark-making, textures and rich patterns, and reinterpreting them into contemporary fine art. 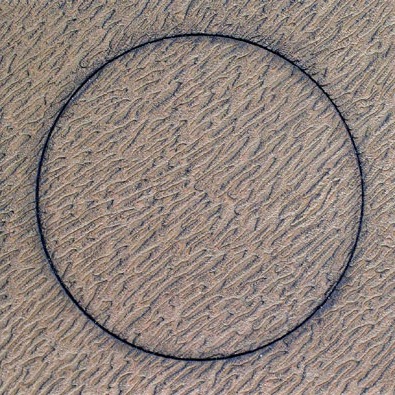 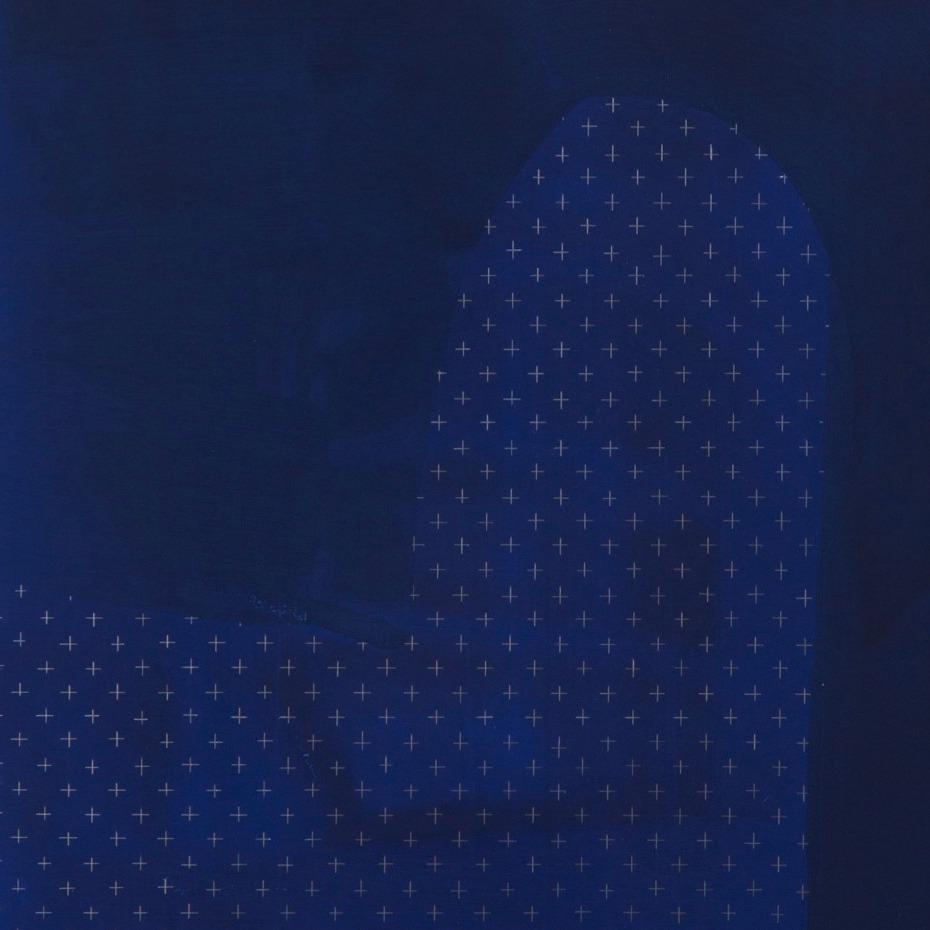 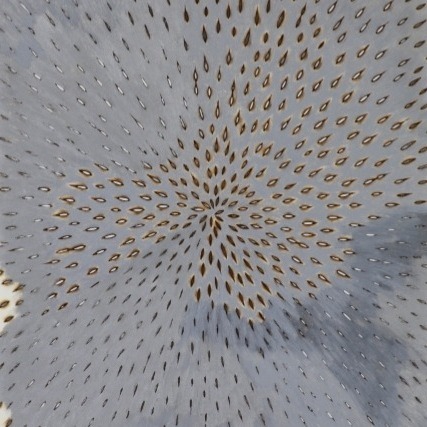 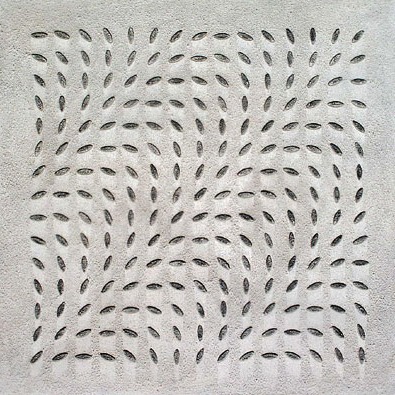 The importance of visual media was central to the Dilmun, as stone carving was used as a method for communicating and storytelling. In particular, the Dilmun carved stone seals which were used as a fundamental method of documenting and recording trade transactions. As well as documenting everyday lives and culture, the stone tableaux also express Dilmun's importance to ancient mythology, as a seat of the god Enki, the God of Creation and water.

The Dilmun's use of complex symbols and depicted scenes led us to select art that incorporated stone carving techniques and took the use of symbols as a central motif.

Bahrain's name means the ‘Land of Two Seas’; this refers to the extraordinary presence of both sweet water springs and salty water in the area, unique in the Middle East. The natural springs on land bring the area fresh water sources, allowing pockets of greenery to thrive in an otherwise arid landscape. Other springs surface within the ocean, causing the two waters to infuse.

Artelier took the unusual presence of natural springs in the area and the ebb of sea tides as inspiration. Rather than literal representations of the sea, we sought artworks that captured the sense of an infusion between different waters.

Bahrain, for it geographical location within an archipelago, is one of the world's premier locations for natural pearls – a 6,000 year tradition in the area. Ancient authors, such as the Roman philosopher and naturalist Pliny, have remarked on the abundance of fine pearls in the islands' waters.

We sought to bring the beauty of these natural resources to the artworks, which would reference the riches of the sea bed through shell-like forms and pearlescent qualities.

Turnkey Services – from Concept to Completion

After researching themes that draw on the exceptional aspects of Bahrain's history and geography, we studied the hotel's interior plans to identify key placements for artworks. As art consultants, we carefully consider the atmosphere and practical requirements of each of the hotel spaces – from suites, bathrooms and hallways, to communal spaces such as lobbies and restaurants.

Eye-catching large scale art installations were selected for the hotel's main lobby and bar, as these spaces benefit from striking artworks that serve as dramatic centrepieces. To create a sense of calm and elegance in private suites, we selected tasteful, muted artworks for the hotel bedrooms, whose colour palettes were inspired by the colour accents and finishes of the rooms.

The complete collection consists of fully bespoke artwork commissions – commissioning custom-made artworks for hotels is an unparalleled way to achieve a truly special space, since an artist's work can be fully tailored to the inspirations, colour schemes and practicalities of the project. Our turnkey service includes overseeing the commissioning process, working closely with artists to deliver the desired result. As with all of the artworks we curate, we also project manage the installation and presentation, ensuring each piece is impeccably placed in situ.

Artelier is an established art consultancy in the Middle East, with experience delivering art in the UAE and across the Gulf region. To learn more about our art consultancy services, visit our Art Consultancy homepage. Further examples of finished projects can be seen on our dedicated hotel art homepage.

We have also offered an insight into our art consultancy for a 5* hotel project in Bahir Dar, Ethiopia, in a second article – which can be viewed here.